Joella Oldfield has many credits to her favor, but her main asset is her ability to successfully work with hundreds of artists over her 40+ year career coordinating art shows. She has the gift of enjoying their unique personalities as well as their talents. Another of Joella’s talents is to take an idea from the dream stage to fruition. Case in point is the Fred Oldfield Western Heritage and Art Center.  The Center has become a community institution offering art classes for young and old, hosting multiple cultural events and welcoming 1000’s of visitors through its doors each year. It is located in Puyallup, WA. on one of the 10 largest State Fairgrounds in the United States.  Joella was fortunate enough to have a close loving relationship with her Father, Fred Oldfield. She inherited Fred’s love of her fellow man but not his outstanding artistic ability. She prefers to create her masterpieces through parties and events, especially for a good cause. Fred and Joella were also business partners and saw each other daily. There is no one better to tell Fred’s story.

Fred Oldfield was born in 1918, in eastern Washington, on the Yakama Indian Reservation in the tiny town of Alfalfa. An “Unconventional Man” has been a phrase to describe Fred and rightfully so—he spent his life doing what he loved most—painting and fishing—and yarning with friends.

He was also a ranch hand, cowboy, soldier, father and grandfather all the while creating a legacy of artwork. His words in this book are from diaries and sketchbooks, in his own hand, written from the years he was first starting out through most of the years of his life. These materials were found almost miraculously by Joella, in a room full of what is technically called junk. They were going to be thrown away. But thank heavens they were rescued—and that’s how Fred Oldfield came to be the co-author of this book. 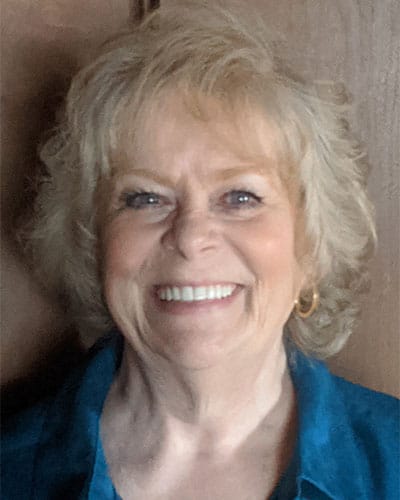 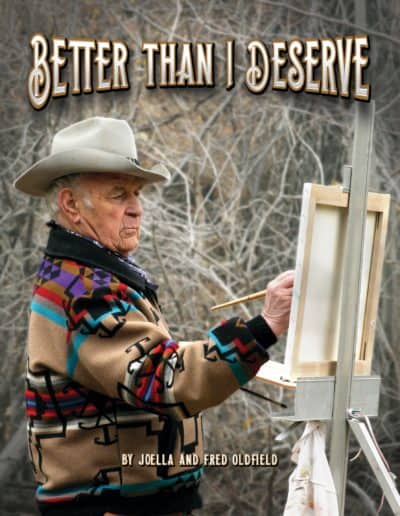 To honor Fred and his dedication to promote new exciting artists, we will be featuring an artist each year who is new to our show. They will all have the honor of displaying their work in Fred’s show space. We will give them the encouragement and exposure that they would have received by being mentored by Fred!

As with most artists, Renee began early, in her case drawing the animals in National Geographic magazine. Her artistic journey has included a wide variety of mediums: graphite, pen and ink, colored pencil, pastel, scratchboard, and acrylics.

Renee began working in watercolor in 2006 and drew upon the experience of several different instructors. She concentrated on picking up their advice and techniques while building her own style. Those efforts have paid off, and Renee now teaches watercolor herself.

2018: Juror of Awards for Parklane Gallery’s “All Creatures Great and Small” show

“Art, to me, is meditation. Art is what energizes, inspires, calms and centers me. There is a feeling of restfulness that I express in my work, with a goal of encouraging the viewer to slow down; take a breath and relax into the moment before them.”

“When I approach a subject, there are many things that bring inspiration. In landscapes, the wide-open spaces of the Western U.S., with their sense of solitude and breathing room, constantly excite me. I love the interaction of the endlessly moving sky with the land’s contours, and the beauty of light playing across the scene.”

“More intimate portraits, regardless of subject, also reflect my fascination with light across a form. Shape, color and texture create the depth and the story that the light defines. Working in watercolor allows me to describe those shapes and textures with the muted, fluid mixing of colors that is characteristic of the medium.” 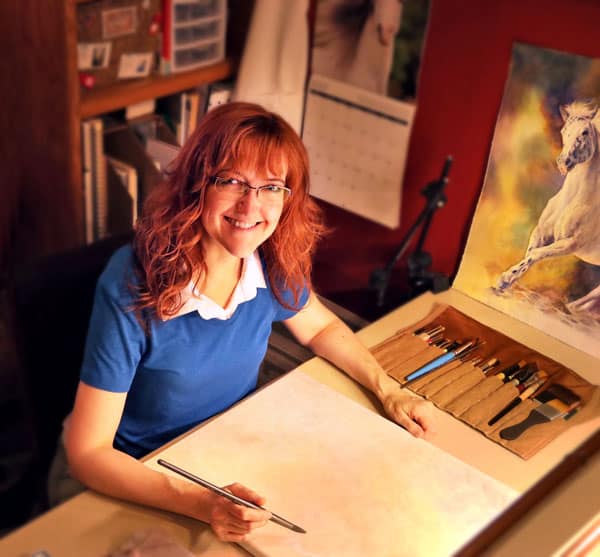 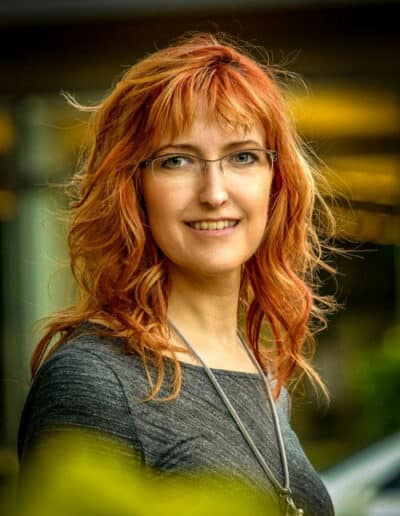 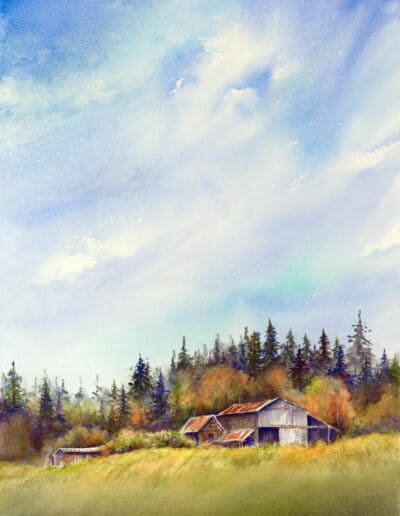 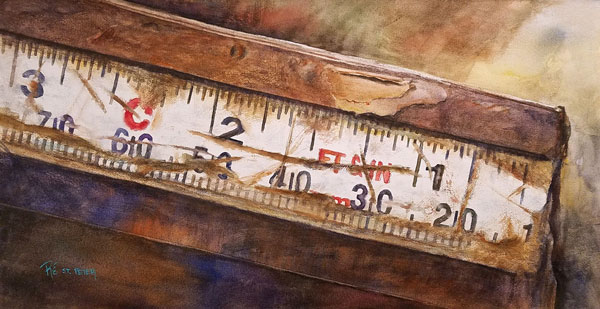 Nearly four decades ago Dorothy Wilhelm was a widow with six children and as far as she knew, no employable skills. She could not even drive her car on the freeway.  Today she still has six children, but everything else has changed. As a columnist, humorist, speaker and broadcaster, she has spoken to audiences from Bangkok to
Nashville.

Dorothy hosted Beacon Award winning My Home Town on Comcast TV for a decade and she now does an internet radio broadcast on the SOB Radio network. (That stands for Spunky Old Broads. All the hosts are women over fifty.) She does Tai Chi three times a week, including Sword Form – and she drives anywhere she wants.

Her new book, True Tales of Puget Sound is filled with warm, quirky vignettes from the history of the Puget Sound area, and really are, as Dorothy guarantees, stories you’ve never heard before.

True Tales of Puget Sound has been named the year’s best seller by The History Press and has been nominated for a National Arts & Entertainment Journalism Award.

Dorothy spent ten years as Creativity Expert for KIRO radio and TV in Seattle, sometimes sharing the microphone with Dave Ross who has written the Foreword for this book. 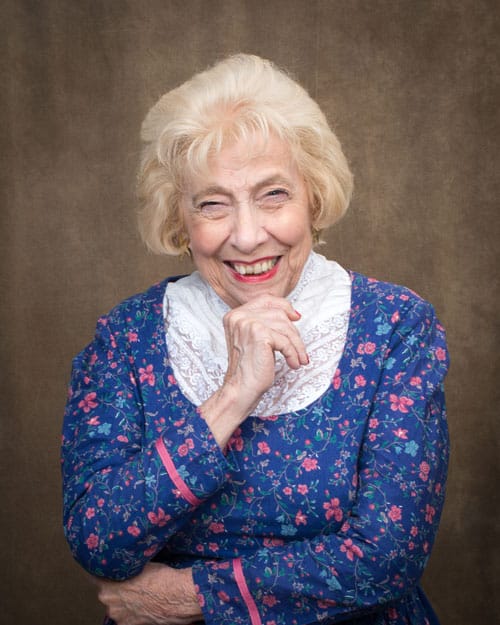 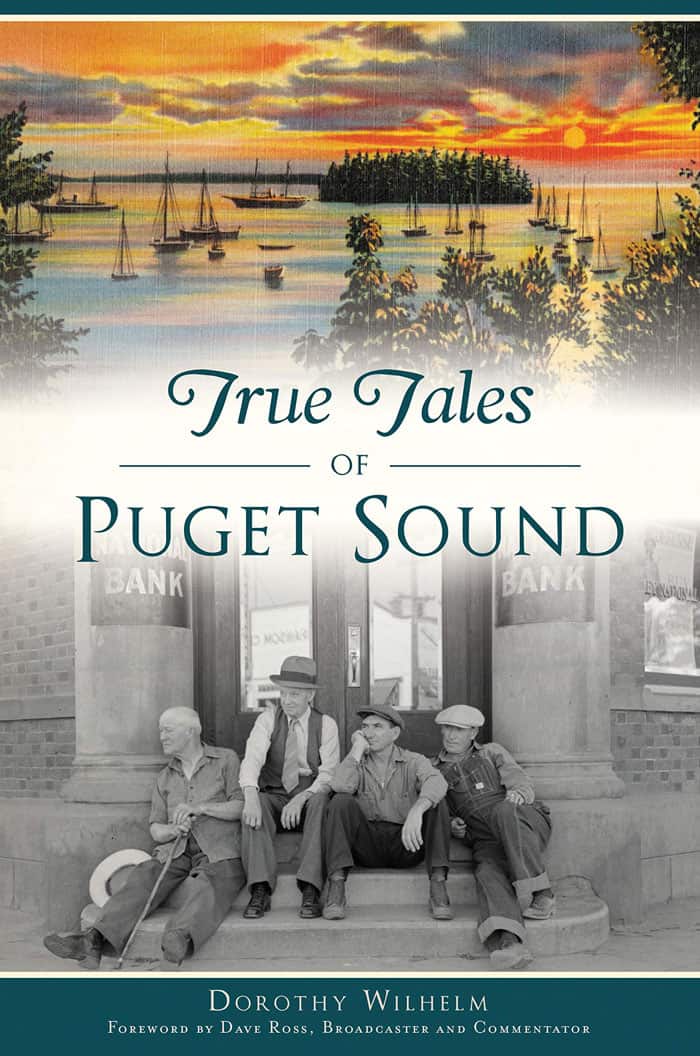 Meet our Emerging Artist for 2018, Daniel Rick. Dan’s artwork reflects his Grandfather’s rich stories, scenes from the west, from his own experiences in the military, and from his own touch of whimsy. Throughout his time as a head cook on a dude ranch in Jackson, WY, a wildland firefighter across the west, 2 deployments for the Army Reserve art is the constant theme in his life. “It isn’t what you do day in day out that has to define you, but can you see the beauty, and ideas that present themselves each day? Can you appreciate the history of a place you may be passing through or even someone else’s story?”

Despite earning a bachelor’s in Art from Utah State University Dan credits all the talent and passion for art on his mother Mary Ann Cherry, who is also an artist. His preferred medium is pencil, which he feels is just as natural as breathing, but he also works in oil. He loves the vibrancy of oil and believes that the richness of the medium helps bring out the richness in the story of the artwork. He feels that he has barely scratched the surface of either medium, and he looks forward to many years exploring the stories both can tell. Dan resides in Idaho. 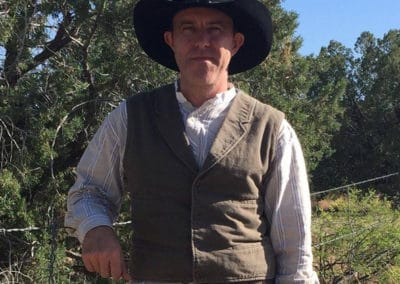 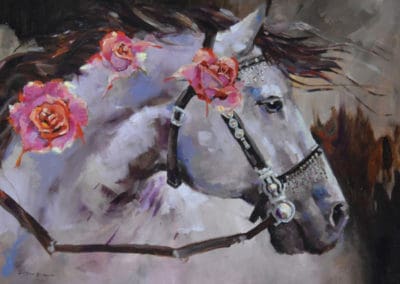 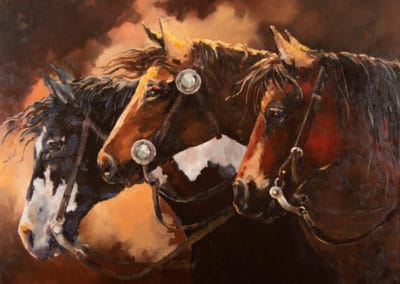 We are honored to Welcome Mary Ann Cherry as our Guest Author! Come and meet her and get your autographed copies of her books!!

Award-winning mystery author, Mary Ann Cherry, is a professional artist, much like her book heroine, Jessie O’Bourne, and was raised in rural Montana in an area similar to the fictitious town of Sage Bluff within her novel. Cherry now lives in rural Idaho with her husband and several pudgy cats.

When Cherry isn’t writing, she travels to art shows, where she exhibits her paintings professionally and takes part in ‘quickdraws’, producing a painting in about an hour’s time from start to finish. Her work is in the permanent collection of several art museums, and she is a Master Signature member of the Women Artists of the West.

Usually, you can find her painting in her home studio, or writing at a desk situated on an upper floor landing—one that affords a lovely view of a grassy yard and lush golden willow tree during the summer and the flower beds that are not getting weeded while she is putting down words. Luckily, the view is only frost covered branches and snow during those cold Idaho winters. Wherever she is working, the coffee pot is always on and the brew is of the good strong Norwegian variety that holds up the spoon. 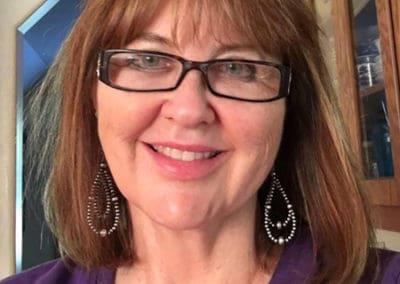 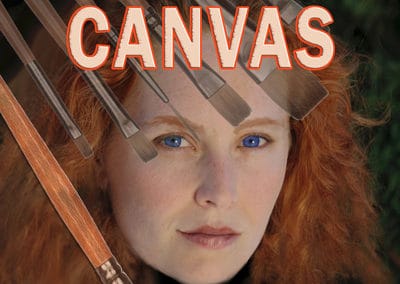 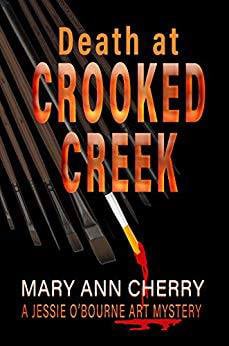 As a child, Toby would run out of his house first thing each morning and spend as much time as possible in the outdoors of Lewiston, Montana. He and his father would hike, hunt, kayak, and afterward, he would come inside and his mother would teach him about creativity and artistic expression. When learning to draw, he would get frustrated that he couldn’t make things look “just right” like her. She told him, “These are 40-year-old artist’s hands. You have 5-year-old hands. When you have 40-year-old hands, you’ll be able to make it look just right, too.” Toby’s hands are not yet 40, but he has never stopped working to make his artwork look just right. He seeks out expert artists with whom he has studied to help him hone his craft, and delights in passing that knowledge on. 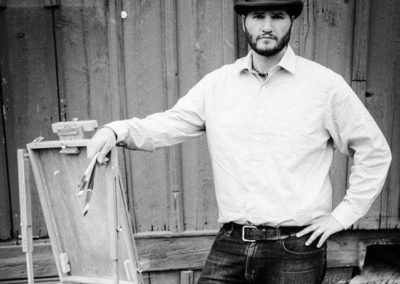 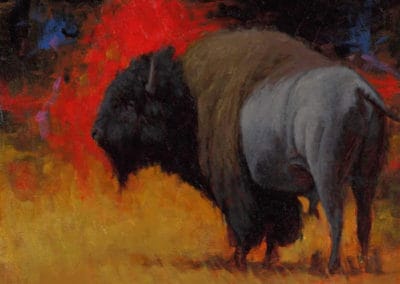 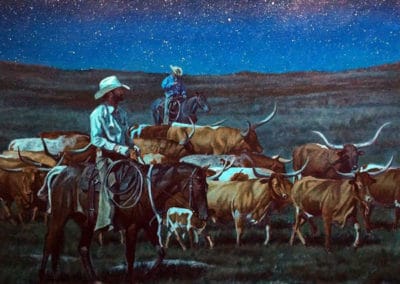 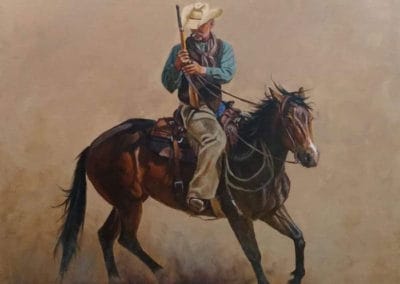 I was so honored to be selected as the first-ever Fred’s Emerging Artist in 2017, and to occupy the booth his art graced for so many years.  I never had the pleasure of meeting Fred in person, but his spirit lived on at the show bearing his name in Puyallup, Washington.  I so enjoyed meeting members of Fred’s family, art and otherwise, and the warm, congenial atmosphere of the show.  I felt so welcomed by everyone there, so special to be standing where he stood, and tickled that they even had a life-sized picture of me!  As a newer artist, you don’t usually get that much recognition, and I was very humbled by it.

I did a little research on Fred’s legacy before I came, and in the videos, articles, and remarks from people who knew him, the same two words kept popping up: 1. time 2. teacher.  He gave so freely of his time and his knowledge, and after his passing I am still enjoying the fruits of that legacy.

Thanks to all the wonderful people at the Oldfield Art Show, and thanks to Fred for the time and lessons you passed on to young artists like me.

J.M. Moynahan is a retired criminologist and professor from Eastern Washington University. He has written books and articles about art, artists, western history and criminology for over 45 years. He and his wife Cinde Johnson own Chickadee Publishing in Spokane, Washington. 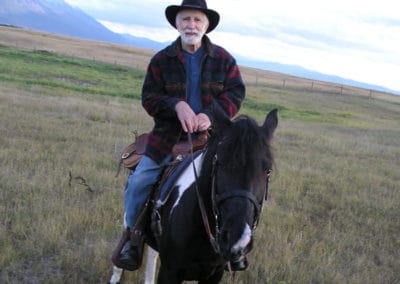 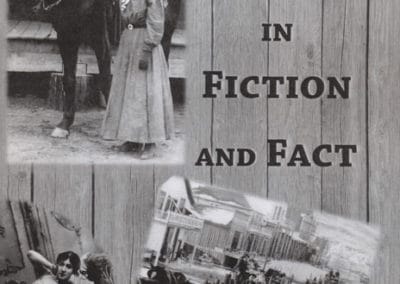